Project Capoeira is the instrumental organizer, promoter, and participant of Brazilian Day Philadelphia. As a 501(C)(3) nonprofit organization, the mission of Project Capoeira, Inc. is to preserve, develop, and share Capoeira, a Brazilian folk art that combines elements of martial arts, music, dance, and acrobatics. Our activities grow intercultural understanding and a sense of community through arts education and social outreach. The organization uses Capoeira as a vehicle to promote other Brazilian arts and to preserve Brazilian culture in Greater Philadelphia. 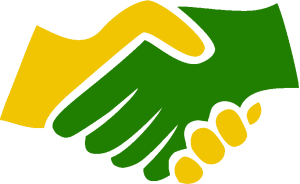 Since 2014, the Brazilian Day Philadelphia Series includes a flag ceremony, Capoeira performances and classes, and a variety of other arts and cultural events for the public to enjoy.

Give us a call

Send us an email

Write us a love letter

The History of Brazilian Independence Day

The Independence of Brazil comprised a series of political events that occurred in 1821–1824, most of which involved disputes between Brazil and Portugal regarding the call for independence presented by the Brazilian Empire. It is celebrated on September 7, the anniversary of the September 7, 1822 date regent Prince Dom Pedro declared Brazil's independence from Portugal. Formal recognition came with a treaty signed by Brazil and Portugal in autumn, 1825.

The land now called Brazil was claimed by Portugal in April 1500, on the arrival of the Portuguese fleet commanded by Pedro Álvares Cabral. The Portuguese encountered Indigenous nations divided into several tribes, most of whom shared the same Tupi-Guaraní language family, and shared and disputed the territory.

Though the first settlement was founded in 1532, colonization was effectively started in 1534, when Dom João III divided the territory into fifteen hereditary captaincies. This arrangement proved problematic, however, and in 1549 the king assigned a Governor-General to administer the entire colony. The Portuguese assimilated some of the native tribes while others slowly disappeared in long wars or by European diseases to which they had no immunity.

We are excited to create the Festival Program! The event participants will be thrilled to take it home as a souvenir. We are also excited about offering advertising space in the Festival Program to support local businesses and our mission. All advertisements will feature full color printing! Please fill out the form below and we will contact you as soon as we can!